In just a few days over two billion people around the world will watch with rapt attention and awe as Prince Harry of Great Britain takes a wife, the American actress Meghan Markle.  The pomp, ceremony and pageantry portrayed by the British monarchy for this event will most likely rival anything most of us have ever envisioned or witnessed before.  With many centuries of tradition rich in colorful displays of grandeur, the royals know how to throw a grandiose party! 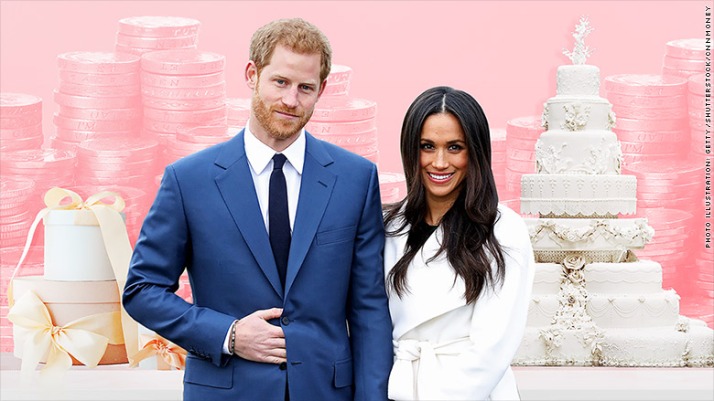 Not that this is the first time we have seen such majestic displays of royal splendor!  I remember vividly getting up at 2:00 AM to watch the grand wedding of Prince Charles and Princess Diana!  It was a fairy tale wedding if there ever was one, but sadly the fairy tale did not last, as we are all too well aware of.  Then a few years ago, I also enjoyed watching Prince William wed Princess Kate, once again playing splendidly to the world’s stage via satellite TV.

What is the tremendous fascination we have with the royals?  No doubt their seemingly charmed lives with not a care in the world, including financial worries, captivates us, allowing us to fantasize about what being a prince or princess, king or queen might be like.  But, in reality, as has been pointed out numerous times, many of them disdain the limelight, the fishbowl existence where every word and action, both good and bad, can be flashed around the world in seconds with the aid of social media.  The lack of privacy and the ability to come and go as one wants, precludes the ability in some instances to really enjoy life and the freedom we all desire!

But, a more compelling reason for us to watch Prince Harry marry the woman he loves is that we have watched him grow up; we remember his birth, the adorable little boy he was, his sadness when his mother was tragically killed when he was still a boy, his attempts at growing up, with some embarrassing moments, and now his hopefully finding true love!  The same is true for his brother William, Duke of Cambridge.

Whatever the reason, the entire world will be watching as a man and woman in love say their “I do’s” and vow to live together til “death do us part”.  Did you know there will be another event, culminating in a marriage, that will be watched by even more people than the royal wedding?  The Bible says in Revelation 1:7, “Behold, He (Jesus) is coming with clouds, and every eye will see Him….”  (NKJV)  In I Thessalonians 4:16 we read, “For the Lord Himself will descend from heaven with a shout, with the voice of an archangel, and with the trumpet of God.  And the dead in Christ will rise first.  Then we who are alive and remain shall be caught up together with them in the clouds to meet the Lord in the air.  And thus we shall always be with the Lord.” (NKJV)

This is the promise and blessed hope for all who have trusted in Jesus Christ as their Savior!  What a wonderful day that will be!  Not only will we be reunited with our loved ones who have gone on in death before us, but we will see Jesus in all of His splendor and glory and worship the King of Kings forever and ever!  This will certainly dwarf any spectacle that royals on earth can create!  The Bible goes on to detail another marriage, one that will last for Eternity!  In Revelation 19:7, John the Revelator writes, “Let us be glad and rejoice and give Him glory, for the marriage of the Lamb (Jesus) has come, and His wife has made herself ready.”  Most theologians agree that the “wife” he is referring to here is the true Church of Jesus Christ, the born again believers who will be married for eternity to Christ, and rule and reign with Him in royal spendor, far exceeding any pomp and pageantry we can ever imagine here on earth!

So, as you view the Royal Wedding, with all of its beauty and glamour, enjoy it and celebrate with the prince and princess!  But, never forget, that another marriage, one which will last for all eternity, is coming for those who have trusted in Jesus Christ as their Savior from sin and made Him Lord of their lives.  That is the marriage I am looking forward to! As the majestic hymn states:

Bring forth the royal diadem, and crown Him Lord of all;

Let every kindred, every tribe, on this terrestrial ball;

To Him all majesty ascribe, and crown Him Lord of all;

O that with yonder sacred throng we at His feet may fall;

We’ll join the everlasting song, and crown Him Lord of all!

There is coming a day when every eye shall behold the King of Kings in His splendor and glory and worship at His feet.  That is the Royal Wedding I want to be a part of!  Are you ready if Christ should come back today?  You can make Him Lord of your life this very moment….He is waiting for you to open the door to your heart!  Will you do it?